Meet the Financial Capability Board members

The Financial Capability Board

The Financial Capability Board has oversight of The Strategy as a whole and will monitor progress in delivering The Strategy. Its members are influential figures from across all sectors. The board will consider the most appropriate indicators of success, and steer developments to The Strategy as understanding of what works evolves. 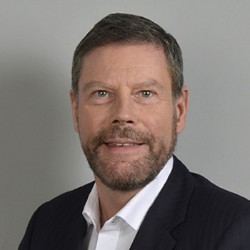 Sir Hector Sants was appointed to be the first chair of the Single Financial Guidance Body (SFGB) in October 2018. The SFGB brings together three previous government entities involved in financial and pension guidance and promoting financial capability. Its purpose is to help people manage their personal finances as well as their circumstances allow. In particular it is responsible for setting the UK’s Financial Capability Strategy and ensuring the necessary financial guidance and debt advice is available to all who want it. He is also currently a trustee of Just Finance, a charity which collaborates with The Church of England to promote a fairer financial system.

Prior to his current role he was, from 2015, chair of StepChange, the UK’s largest debt advice charity.

Between 1977 and 2014 his executive career was in financial services and regulation, which included serving as the chief executive officer (CEO) of the Financial Services Authority from 2007 to 2012, European CEO of Credit Suisse, head of compliance at Barclays and a partner of stockbrokers Phillips & Drew. 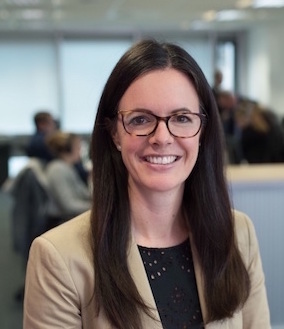 Sarah Porretta is the Strategy and Insights Director at the newly formed Money and Pensions Service. She brings a significant understanding of industry needs and requirements. In 2018, Sarah led on the corporate strategy and the financial capability strategy for the UK at the Money Advice Service (MAS). Prior to MAS, Sarah was Head of Financial Inclusion and Education at Lloyds Banking Group, where she created a group-wide, multi-brand strategy for financial inclusion and education. During this time, she also chaired UK Finance’s Financial Inclusion and Capability Forum. She has also held senior positions at Cadbury and BAA. 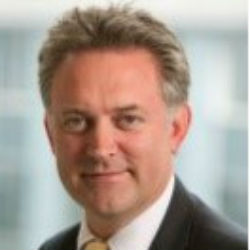 Jasper Berens is head of the UK Funds Business at J.P. Morgan Asset Management. An employee since 1997, previously he was head of UK Sales. Prior to that he was head of asset management sales. He started his career in fund sales at Guinness Flight and Hambros in 1993. Jasper sits on the Global Funds Management Operating Committee. Jasper also sits on the UK and European Investment Management Committee. Jasper is chair of the Gleneagles Conference Executive Committee and sits on JPMC’s UK Philanthropy Committee. He is also a board member of the Investment Association. 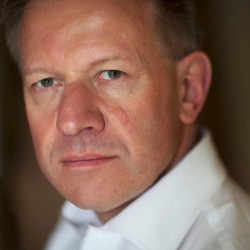 Sir Sherard Cowper-Coles joined HSBC Holdings in October 2013 as senior adviser to the group chair and group chief executive. In May 2015 he was appointed to a new post as group head of government affairs, reporting to the group chair and group chief executive. Before HSBC, Sherard worked for two and a half years as the international business development director at BAE Systems plc. Earlier he spent over 30 years in the British Diplomatic Service. Sherard is also chair of the Financial Inclusion Commission, a board member of the China-Britain Business Council, UK chair of the Omani-British Friendship Association (Business Council), chair of the Saudi-British Society and chair of Pitzhanger Manor Trust. 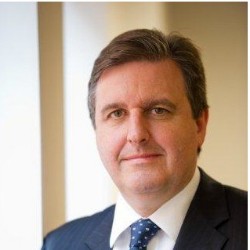 Vaughan has extensive experience in financial technology and customer facing applications. He has held senior roles in financial services firms (Prudential, Invesco Perpetual) as well as partner-level positions within consultancy firms (Towers-Perrin, Bluerock, PA Consulting). He has been involved in the FCA’s Project Innovate, the Regulatory Sandbox and TechSprint. He has also worked on PSD2, RegTech and regulated advice projects. Vaughan has an extensive international network of contacts in the fintech community and has been engaged in identifying fintech opportunities, running pilots and scaling up prototypes. He was a member of a Gleneagles working party looking at simplified advice and has developed innovative online workplace and direct to consumer financial planning services. 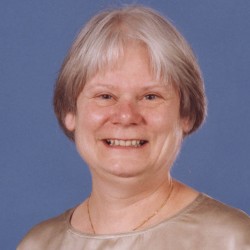 Elaine Kempson is emeritus professor of personal finance and social policy research at the University of Bristol. She has nearly 30 years experience of policy development and research into consumer behaviour and the provision of financial services. She is an adviser to the New Zealand Commission on Financial Capability and was previously a consultant on the financial capability and financial education programmes of the World Bank (2010-2015) and the OECD (2008-2010) and a member of the European Commission Expert Group on Financial Education (2009-2011). In 2007, she was awarded a CBE in the Queen’s Birthday Honours List for services to the financial services industry. 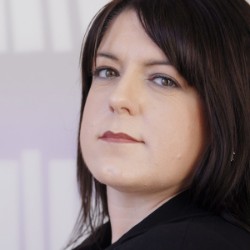 Louise Macdonald OBE is chief executive of Young Scot, the multi award-winning youth information and citizenship charity. Working in partnership across all sectors, Young Scot aims to support young people aged 11-26 to make informed decisions and choices, and connect them to their communities – contributing to Scotland’s ambition of being the best place in the world for children and young people to grow up. She has been CEO for since 2008, and prior to that had a varied career in the public sector, including specialising in youth volunteering and community enterprises. Louise is a board member of the Association of Chief Officers of Scottish Voluntary Organisations (ACOSVO), vice chair of the 2020 Climate Group, a committee member of the Institute of Directors in Scotland and a board member of the Scottish Parliament Scotland’s Futures Forum. 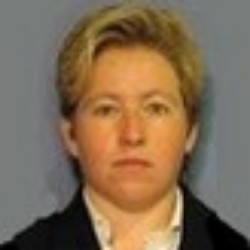 Gwyneth Nurse took up the role of director of financial services in HM Treasury in April 2015. Prior to that, Gwyneth was the deputy director of the banking and credit team in the Treasury, moving to that role after heading up the Treasury’s assets, savings and wealth team. Before joining the Treasury, Gwyneth worked for HM Revenue & Customs where she qualified as a tax inspector before moving on to work in tax policy. 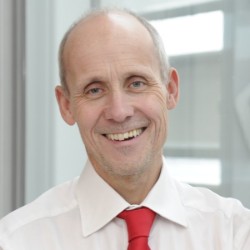 Steve joined Shawbrook as CEO in January 2016 from Santander UK, where he was executive director and head of UK banking, with responsibility for building its small and medium enterprise franchise, running the bank’s corporate, commercial, business and retail banking operations as well as wealth management. Prior to joining Santander in 2008, Steve spent eight years at RBS, where he was CEO of business banking, retail markets and managing director of commercial banking, corporate banking and corporate markets. 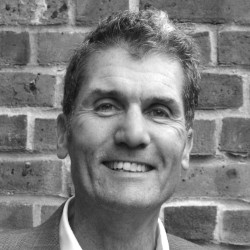 Guy Rigden became CEO of the financial education charity MyBnk in 2016 and has overseen the expansion of its work to include primary-aged children and young people with sensory impairments. Guy has also presided over the successful integration of the award-winning youth homelessness prevention project, The Money House. In 2011, he was appointed interim CEO of Microloan Foundation, re-locating to Kasungu, Malawi. Prior to that held a number of roles in the financial sector including head of emerging markets at Credit Suisse and head of investment strategy at UBS. 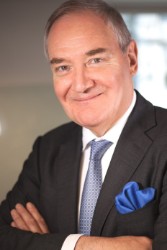 Roger is the director of workplace distribution and industry affairs for Lighthouse Group Plc. Lighthouse, with 430 advisers, is the exclusive provider of on-demand regulated financial advice to over seven million members of the nine largest trades unions and many affinity groups. The organisation arranges over 10,000 face-to-face appointments annually. He co-designed and launched the Lighthouse Pensions Trust in 2014, an unbundled multi-employer master trust for the auto-enrolment market, followed in 2015 by the Lighthouse Life Trust, providing death-in-service benefits. Roger was a non-executive director of the Financial Ombudsman Service for eight years until 2013, and in 2017-18 was president of the Insurance Institute of London, which has 24,000 members including 6,000 in financial services. He is a Freeman of the City of London and Master of the Worshipful Company of Broderers for 2017-18. 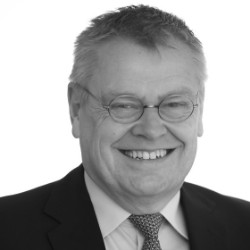 Otto has extensive experience in pensions, insurance and consumer issues across a range of private and public sector organisations. Otto became chair of NEST Corporation on 1 February 2015. He was director general of the Association of British Insurers (ABI) until the end of January 2015. Previously he was chief executive of AEGON UK. He carried out the Thoresen Review of Generic Financial Advice on behalf of the Treasury, which was published in 2008 and which led to the creation of The Money Advice Service. He is a trustee of Young Enterprise, which incorporates the Personal Finance Education Group (PFEG), a charity focused on supporting the delivery of enterprise and financial education in schools and a Trustee of StepChange, a charity that provides free debt advice to consumers. 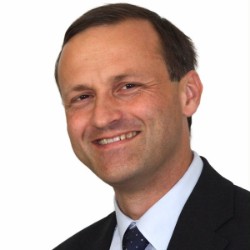 Sir Steve Webb is director of policy at Royal London. He was Minister of State for Pensions between 2010 and 2015, the longest-serving holder of the post. During that time he implemented major reforms to the state pension system, oversaw the successful introduction of automatic enrolment and played a key role in the new pension freedoms implemented in April 2015. Steve was a Liberal Democrat MP from 1997 to 2015. Before this he was professor of social policy at Bath University for two years, having previously worked for nine years as an economist at the Institute for Fiscal Studies. 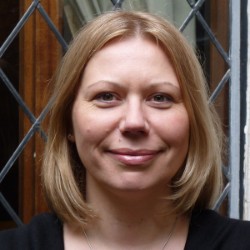 Sian Williams is head of national services at Toynbee Hall in London’s East End, where she leads programmes on improving financial inclusion policy and practice. Her team designs and delivers innovative training, research, evaluation and strategic consultancy to support organisations seeking to improve people’s financial health, including launching the new Financial Health Exchange knowledge portal. Sian provides advice on financial inclusion to financial services providers, is a commissioner on the Financial Inclusion Commission, and is a member of advisory groups including the LINK Scheme and the British Bankers Association. Sian is also a member of the new Payment Systems Regulator’s Panel and Strategy Forum, and a trustee for the Money Advice Trust. Prior to joining Toynbee Hall, Sian had a 15 year career with the Foreign and Commonwealth Office. 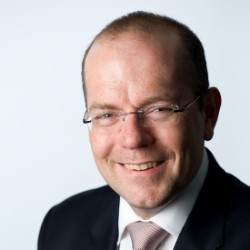 Christopher Woolard is director of strategy and competition, and an executive board member at the Financial Conduct Authority. He is responsible for policy, strategy, competition, consumer issues, the chief economist’s department, communications, data and market intelligence. He is chair of the FCA’s Policy Steering Committee and a non-executive board member of the Payment Systems Regulator. Christopher joined the FCA in January 2013 as director of policy, risk and research. Prior to this Christopher was group director and content board member at Ofcom. He has spent most of his career in regulation or policy development, including working at the BBC and as a senior civil servant at the Department of Trade and Industry. Christopher is a Sloan Fellow of London Business School.

Give us your feedback or ask a question